If you are under the age of 16 and wish to give your consent to volunteer services, you must ask your legal guardian for permission.

We use cookies and other technologies on our website. Some of them are essential, while others help us to improve this website and your experience. Personal data can be processed (e.g. IP addresses), e.g. B. for personalized ads and content or ad and content measurement. You can find more information about the use of your data in our data protection declaration. There you can revoke or adjust your selection at any time.

Always up-to-date with the latest information?

Register now free of charge for our Newsletter, so you don't miss anything important!

A problem has occurred.

Thank you for your interest in our Newsletter. In future you will receive e-mails with the latest updates about the hotel!

Your journey to Trentino

Whichever means of transport you choose, enclosed you will find information on your journey to the Grand Hotel Imperial in Levico. 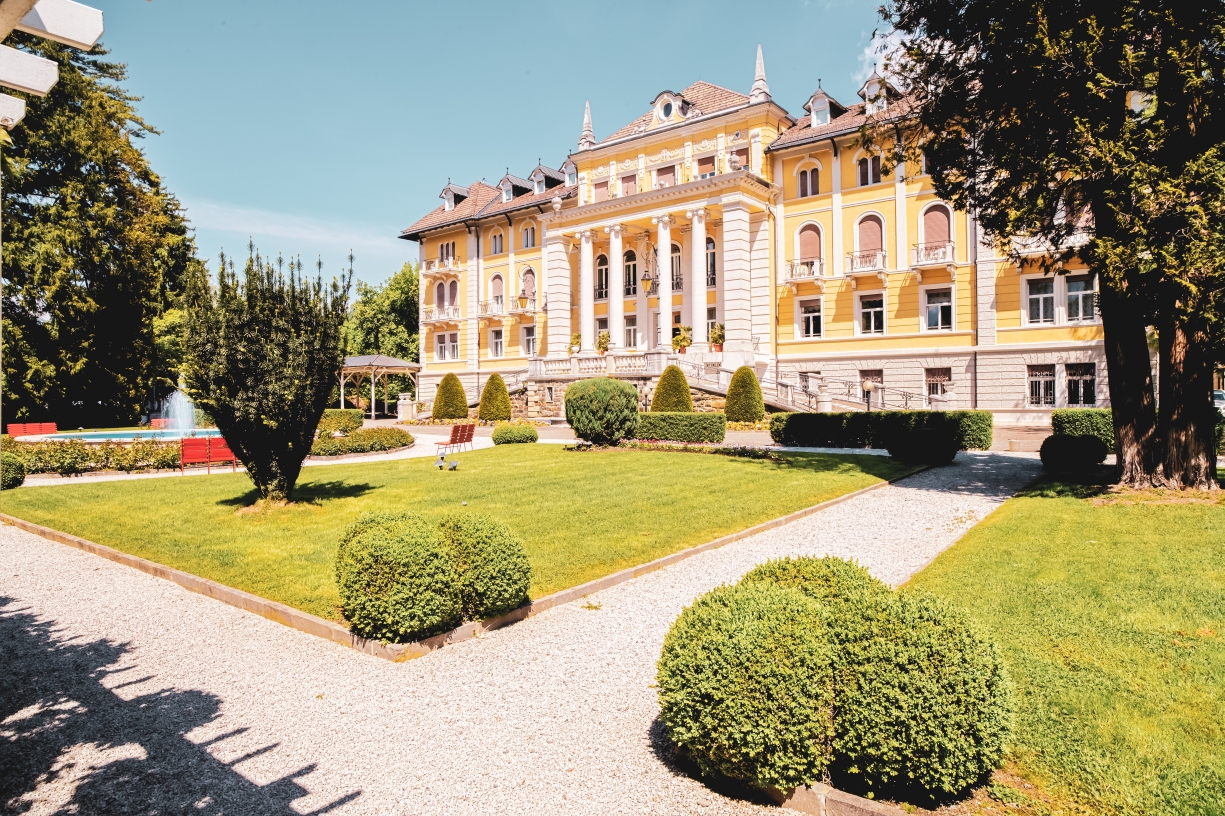 The rooms and suites at the Grand Hotel Imperial are available from 15:00 on your arrival day. On the day of departure, we ask you to please leave your rooms by 11:00. They may be available to you beyond this time for a surcharge.

Are you arriving by car?

Then you probably will use the Italian section of the Brenner motorway, the A22 toll road. The A22 runs across the whole of South Tyrol and Trentino, crosses with the A4 (Milan-Venice) and joins the A1 (Milan-Naples).
Take the Trento Centro exit from the A22. Take the state road 47 (Strada statale 47) towards Padova-Venezia to the municipality of Levico Terme.
At the roundabout, take the 3rd exit and follow Via Brenta through the town until it merges into Via delle Caserme. At the end of the road, turn left and immediately right again into Viccolo Fosse. Turn right into Via Roma, which then becomes Via Silva Domini. After about 200 metres you will reach the hotel.

Important for winter holidaymakers: Between 15 November and 15 April, winter tyres are mandatory for all vehicles, alternatively snow chains can be used.

The spa town of Levico Terme is located on the Trento-Valsugana-Venice railway. Regional trains that stop in Levico Terme depart from Trento.

The train station is just 1 km from the hotel. We are happy to organise a transfer for you, please just make a phone call to arrange.

Other airports can be found in

From the airports, you can continue your journey by train and bus.