If you are under the age of 16 and wish to give your consent to volunteer services, you must ask your legal guardian for permission.

We use cookies and other technologies on our website. Some of them are essential, while others help us to improve this website and your experience. Personal data can be processed (e.g. IP addresses), e.g. B. for personalized ads and content or ad and content measurement. You can find more information about the use of your data in our data protection declaration. There you can revoke or adjust your selection at any time.

Always up-to-date with the latest information?

Register now free of charge for our Newsletter, so you don't miss anything important!

A problem has occurred.

Thank you for your interest in our Newsletter. In future you will receive e-mails with the latest updates about the hotel!

Hospitality and wellness with imperial tradition

Our establishment, which is located in a large 100-year-old park with a size of more than 12 hectares, offers a wellness area with an indoor and outdoor pool (seasonal). The 81 high-quality rooms and suites of the Grand Hotel Imperial are decorated in Belle Époque style. 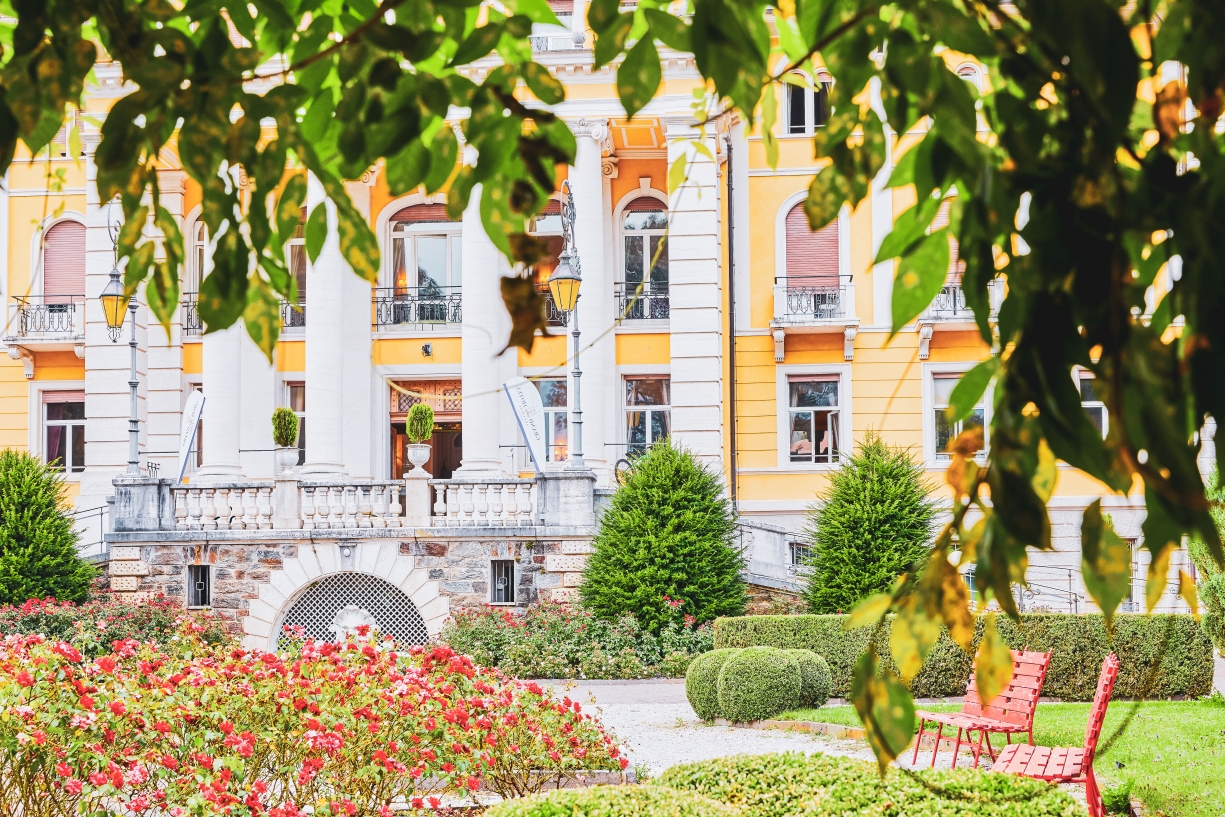 A green paradise – around the Grand Hotel Imperial

Something very special: the extensive spa park of Levico Terme is also the garden of the Grand Hotel Imperial. A part of the area is exclusively available for our hotel guests to use.

The hotel and park were designed and built together at the end of the 19th century. Garden designer Georg Ziehl from Nuremberg designed a picturesque landscape based on the English style on an area of around 15 hectares, with noteworthy trees, many green areas and a network of walking routes. The gardener lived in an Art Nouveau villa in the middle of the park.

In the spa park, several giant trees of life and a sequoia tree provide shade – trees that have existed since the beginning of the park! The trees originally came from Austrian tree nurseries by train to Levico. To this day, you go straight from the station through an avenue to the main entrance of the park.

Later, many more deciduous trees and flower beds, Caucasus spruces, ginkgos and maple trees were added to the lush collection. In the change of seasons, lilacs and hyacinths, hydrangeas, tulips and roses bloom and provide their wonderful scents.

The park hosts many different events throughout the year, with concerts and, of course, the famous Christmas market. The spa park is a wonderful meeting place for local residents in Levico Terme, as well as attracting day-trippers and holidaymakers. The park is at your feet, dear guests of the Grand Hotel Imperial! 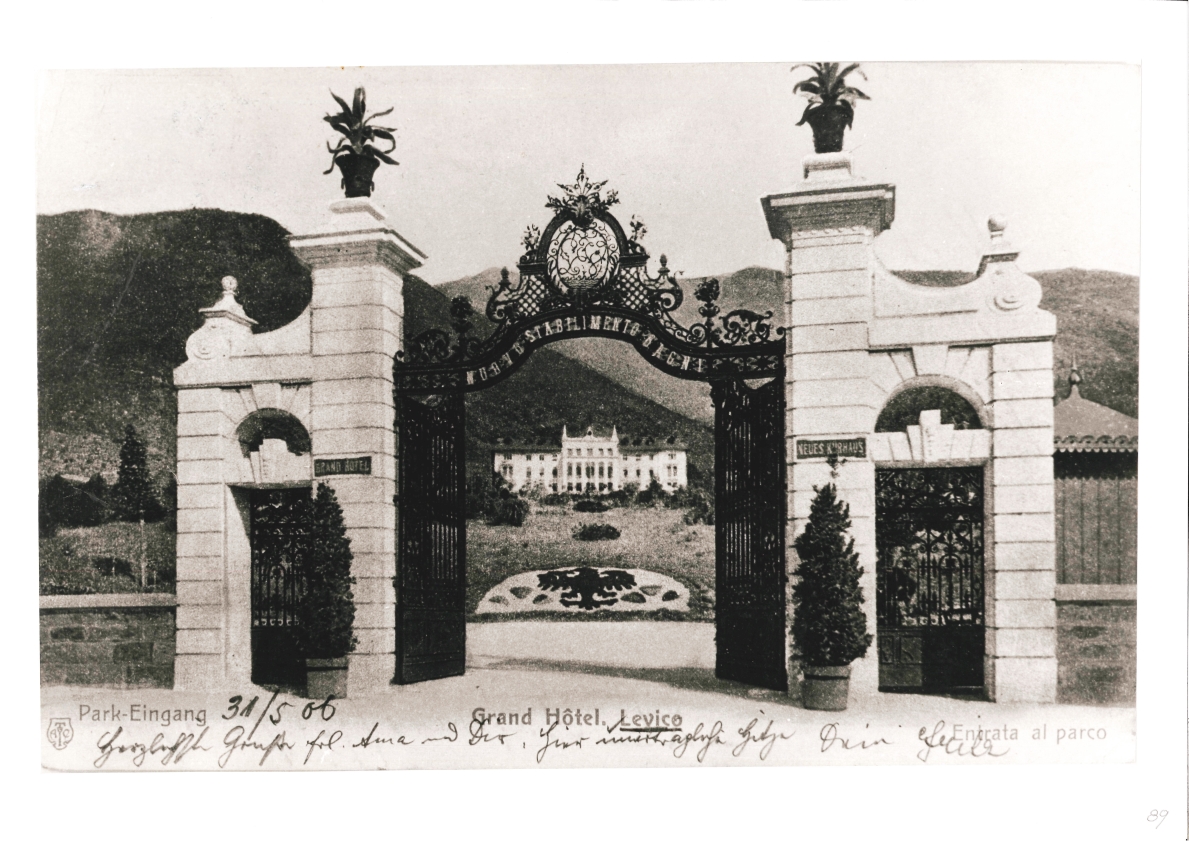 History of the Grand Hotel Imperial

The thermal waters of Levico and Vetriolo were discovered in the Middle Ages during mining work in the Dolomites. A spa company founded in 1860 had the water led via an aqueduct from Vetriolo to Levico and built a large spa house. At the end of the 19th century, Levico received town rights, and the Valsugana railway line was opened.

With the help of the Berlin businessman Julius Adrian Pollacsek, the city became an important spa destination. Pollacsek founded the Society of Levico Vetriolo Healing Springs and oversaw the building of the luxurious Grand Hotel Imperial in record time. For the design of the impressive park with its network of walking paths, he commissioned the Nuremberg landscape designer Georg Ziehl.

Archbishop Eugen von Habsburg and guests of honour from all over Europe came to the official inauguration in 1900. In the following years, countless illustrious guests visited the Grand Hotel Imperial.

Among them were the Princess of Windisch-Graetz – a cousin of Sissi – Archduke Karl Theodor of Bavaria and King Albert of Belgium as well as the Borghese and Colonna Princes, members of the Romanov family, financiers such as the Rothschilds and industrialists such as Feltrinelli and Sonzogno.

The two world wars brought a temporary decline in the hotel’s fortunes. Towards the end of World War II, the Grand Hotel Imperial hosted German troops. Levico repeatedly came under fire from the Allies.

Since 1996, the thermal baths, the hotel and the mineral water bottling operations have been managed by private companies.

The Grand Hotel Imperial has retained its fascinating atmosphere. With its present splendour and equipped with modern 4-star comfort, it retains a connection to its glorious beginnings.